Descendant of Mormon pioneers, Mormonism was more than a religion to Carma Naylor; it was her connection with God.

She fully believed that it was the only true church of Jesus Christ on earth, and she was committed to being a faithful servant to Him through serving in the LDS system and obeying its laws and ordinances.

Beyond its place as a religious ideal, Mormonism was also her identity as a person, encompassing every aspect of her life. It was her lifestyle, culture, and heritage.

Carma’s forefathers were a part of the Martin Handcart Company who trekked on foot from Iowa to Utah in 1856, pushing their belongings in wooden handcarts. Some members of her family died of hunger and freezing temperatures in the Rocky Mountains on that arduous journey. True to his Mormon beliefs, her great-great-grandfather became a polygamist.

Carma was born in Ogden, Utah, daughter of a Mormon Bishop, who taught her the true Mormon doctrine that he had been taught. She loved having theological discussions with him, and she believed he had every book ever published by the Mormon Church in the vast library that filled an entire room in their home. 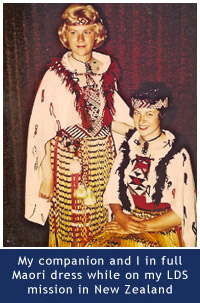 Carma graduated from the LDS seminary program in high school, fulfilled a full-time mission to New Zealand, and attended Brigham Young University where she met her husband.

They were married in the Salt Lake Temple and Carma faithfully attended the temple for nineteen years. She served in music, teaching, and leadership positions, never expecting to be anything but a faithful Latter-day Saint.

She was forty when she became a born-again Christian, and she wrote of that experience in A Mormon’s Unexpected Journey,  published in two volumes. Carma and her husband reside in Southern California. They have five sons, three daughters, thirty-two grandchildren, and two great-grandchildren. 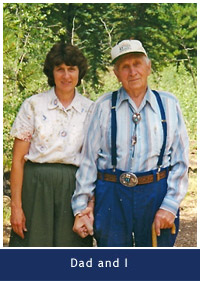 Carma’s dad had a strong testimony of the LDS church, due to many unique visions and spiritual experiences. He was a powerful influence in Carma’s life. In her books, you can read true-life dialogues between the two of them that will provide a contrast between her new Christian beliefs and her dad’s strong Mormon beliefs.

To watch the testimonies of Carma and Charles,
please click here.

To learn more about Carma’s books, click on a cover:

To watch or listen to Carma being interviewed about her life story, chose either link below:

6 thoughts on “Meet the Author”